Tamarac is located in Broward County, Florida and as of the 2010 United States Census, the city had a population of 60,427. It is part of the Miami–Fort Lauderdale–Pompano Beach Metropolitan Statistical Area, which was home to 5,564,635 people according to the 2010 census. In the early 1960s a young developer named Ken Behring came from the Midwest and bought land where he could, creating an active adult community of two-bedroom maintenance-free homes. He called his new city Tamarac, named after the nearby Tamarac Country Club in Oakland Park. 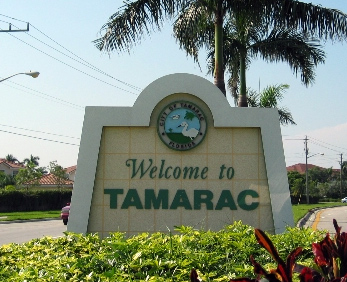